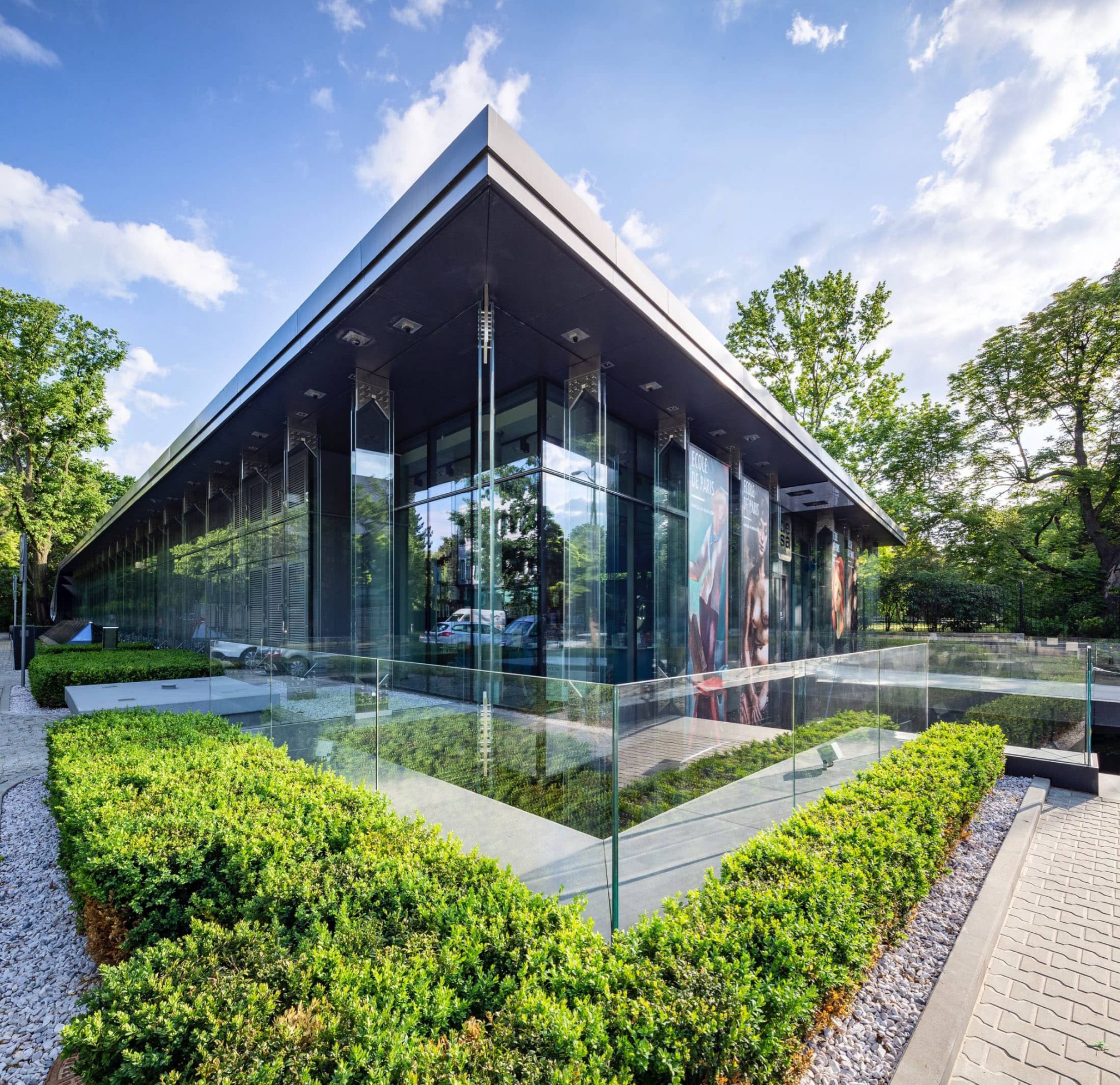 The location occupies corner of XIX century park in center of Warsaw, opposite Canadian and adjoining to French and German embassies. Mere 100 meters from the complex of buildings of Polish Parliament in historically significant and fully protected area.

Not only has design been applauded by the Conservator office, but also received Distinction of Merit by Mayor of Warsaw as one of the best realizations opened in 2017 and is very popular with public.

The striking architecture of the building and its unique detail in carefully planned composition of its setting stands out as masterly balanced and respectful transition between unique avant-garde design and its noble historic background.

It is also one and only such Art Gallery & Auction House in the world.